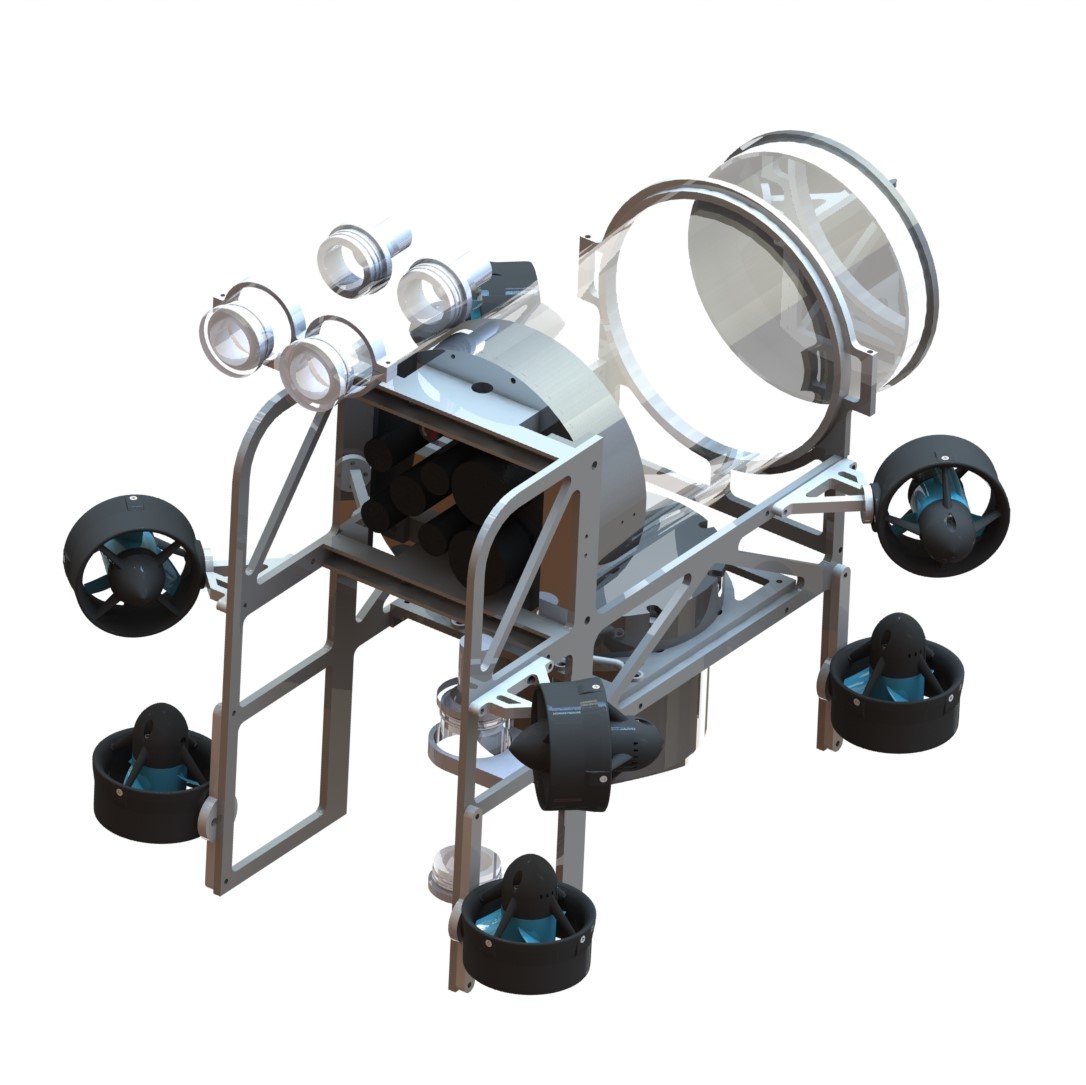 In RoboSub 2019, we be made semi-finals with our brand new bot, Cthulhu. We shrunk the bot to two thirds the size of Leviathan while still providing more space for modularity, expanding capabilities to complete competition tasks. Stereo cameras and new thrusters integrated well with our transition to a Docker and ROS software framework. Check out our competition recap here on our blog. 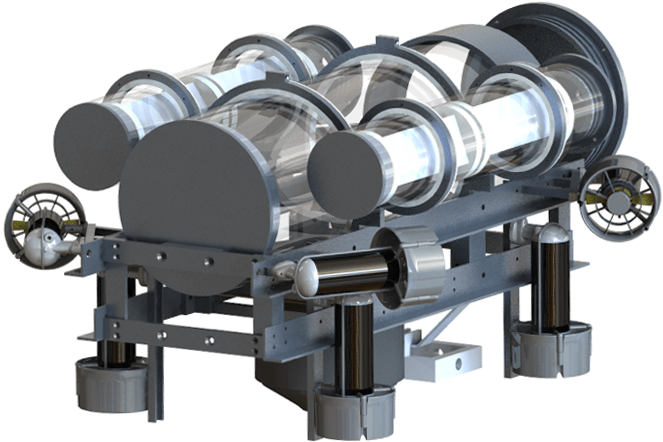 We ranked 11th in 2017! During the season, we made several significant upgrades to our robot, including more advanced controls and computer vision, new marker droppers, upgraded cameras, and a lighter frame with only one pressure hull instead of three. Check out our article here in the DukEngineer magazine.

In RoboSub 2016, we ranked 15th as one of the best new teams, with a score of 1070. See our paper and video for details about Leviathan, our 2016 sub that took over two years of research and development. Check out our competition recap here on our blog. 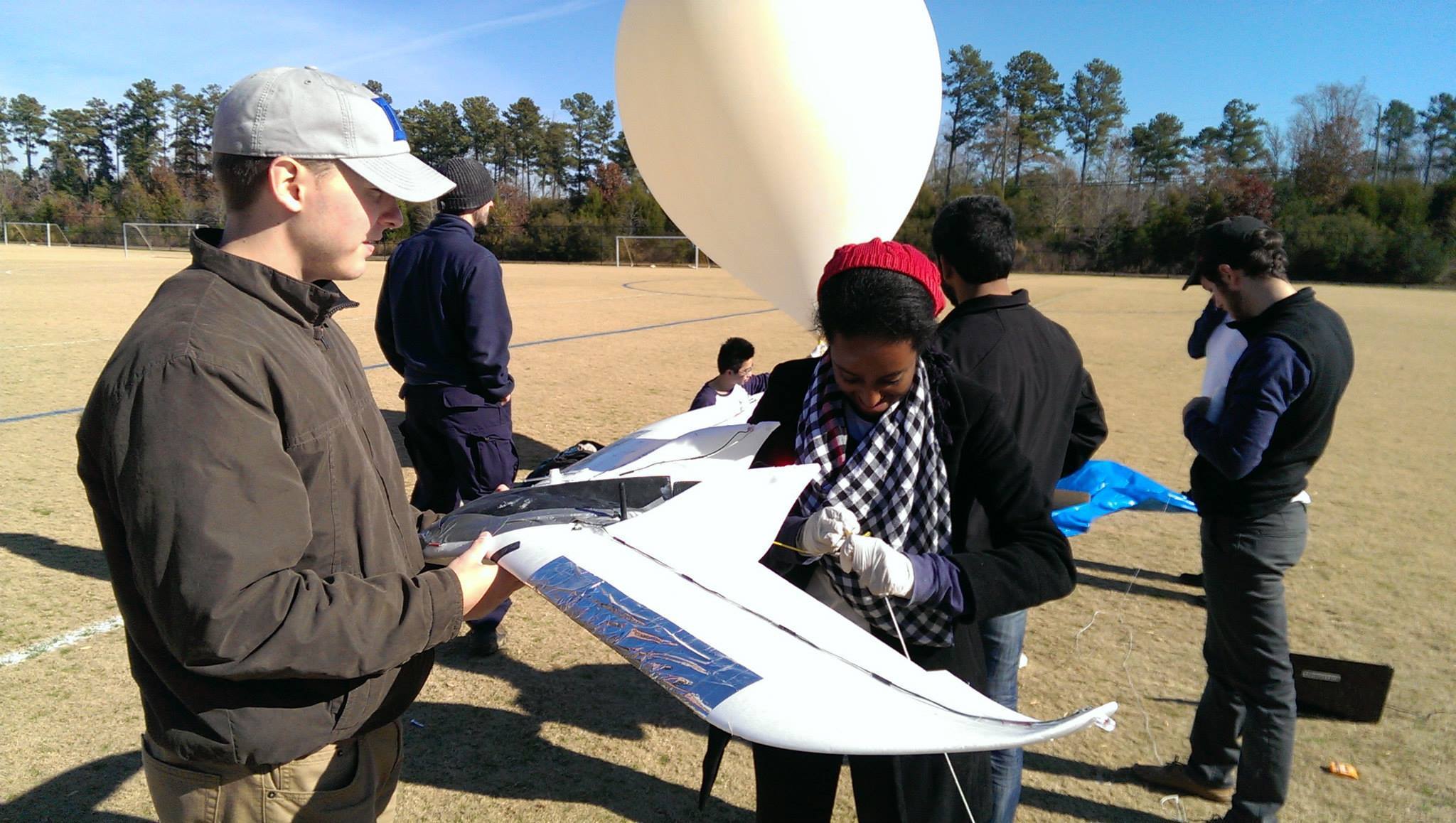 The high altitude autonomous glider project (HAAG) aims to launch an unpowered autonomous air vehicle from 18 km using a helium balloon and have it navigate through a specified GPS waypoint and back to the launch site.

We understood at the beginning that this was a high-risk project. There were many unknown conditions that our engineering did not take into consideration. It is unfortunate that we were not able to retrieve the vehicle to obtain data on the specific failure. While the drone failed to meet many of its primary goals, it succeeded in the most important one: inspiring and bringing together the group of Duke Robotics members who will only continue to further our long term goals. 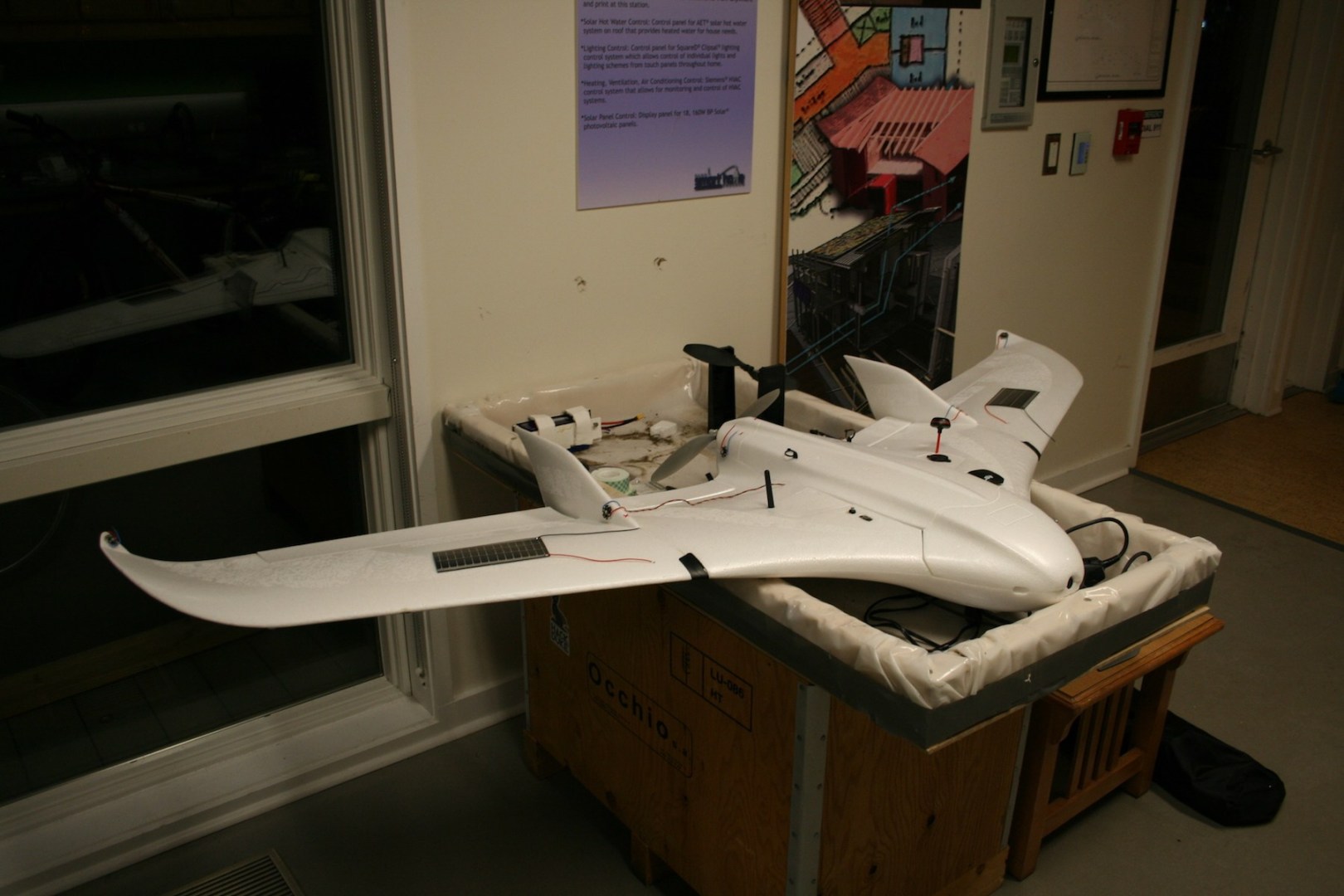 A collaboration between the Duke Robotics Club and Duke Smart Home

The conservation drone is an FX-79 Buffalo outfitted with a powerful sensor to be used in detecting animal tracks from the air. This project is in collaboration with WildTrack, and uses their non-invasive wildlife monitoring footprint identification technology. WildTrack: http://wildtrack.org/