We began our year with Bot Battle as a way to introduce underclassmen to both members of the club and the robotics fundamentals we work with. Partnering with the Innovation Co-Lab, we prepared kits, held office hours, and led workshops covering topics from controls to Arduino basics. In the final tournament, each robot fought in rounds against three others, who they could eliminate by either knocking off the course or popping a balloon located on each bot. Read our last post for more pictures and info.

We then switched focus back to RoboSub, bringing along many new members that had participated in Bot Battle. After our first entry this last July, we came back with a lot of ideas for improvements. Mechanical team has been designing a lighter and smaller hull, which will be easier to carry and maneuver, in addition to giving us bonus weight points. Meanwhile, Electrical, Testing, and Computer Science teams have been using the old hull to test new software and hardware, both in the diving pool and out.

Electronics team has reorganized our stack using new 3D-printed sliding plates (see below). This mitigates a lot of our issues from before. For example, to replace a single component, all we have to do is remove its plate rather than dig through layers of wires and parts. We’ve also prototyped a current, voltage and temperature monitoring board, very useful for both testing and trial runs, while a separate class team fabricated a PCB. Our electronics team currently has 8 active members.
The Computer Science team has also been onboarding new members while laying the foundations for a solid software framework for the next year. They constructed control software to be tested in pool tests in the Spring and created a comprehensive middleware stack to run the planned individual components. 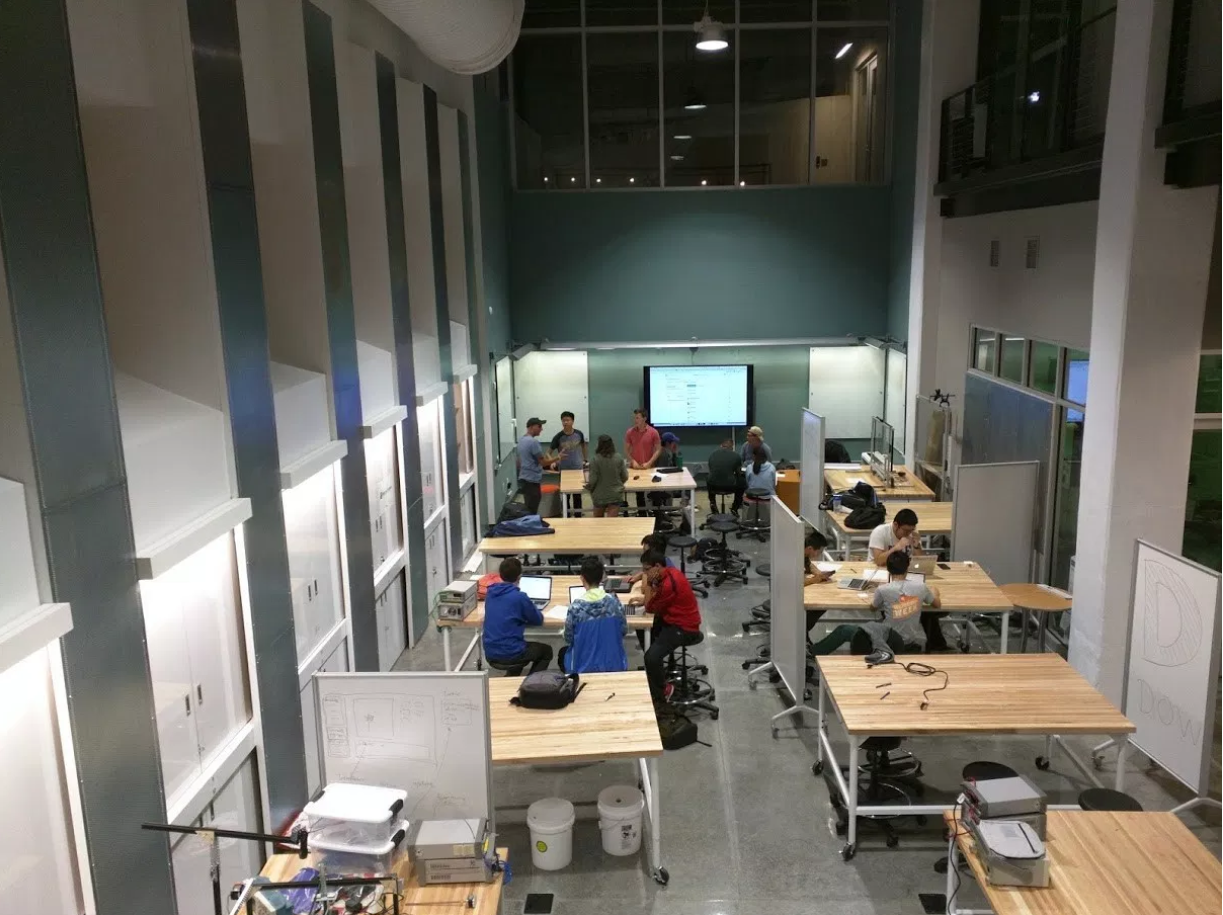 Going into the Spring, we’ll shift focus over to the diving pool, where we’ll be testing these new components individually and assembled together in the latest iteration of our sub.